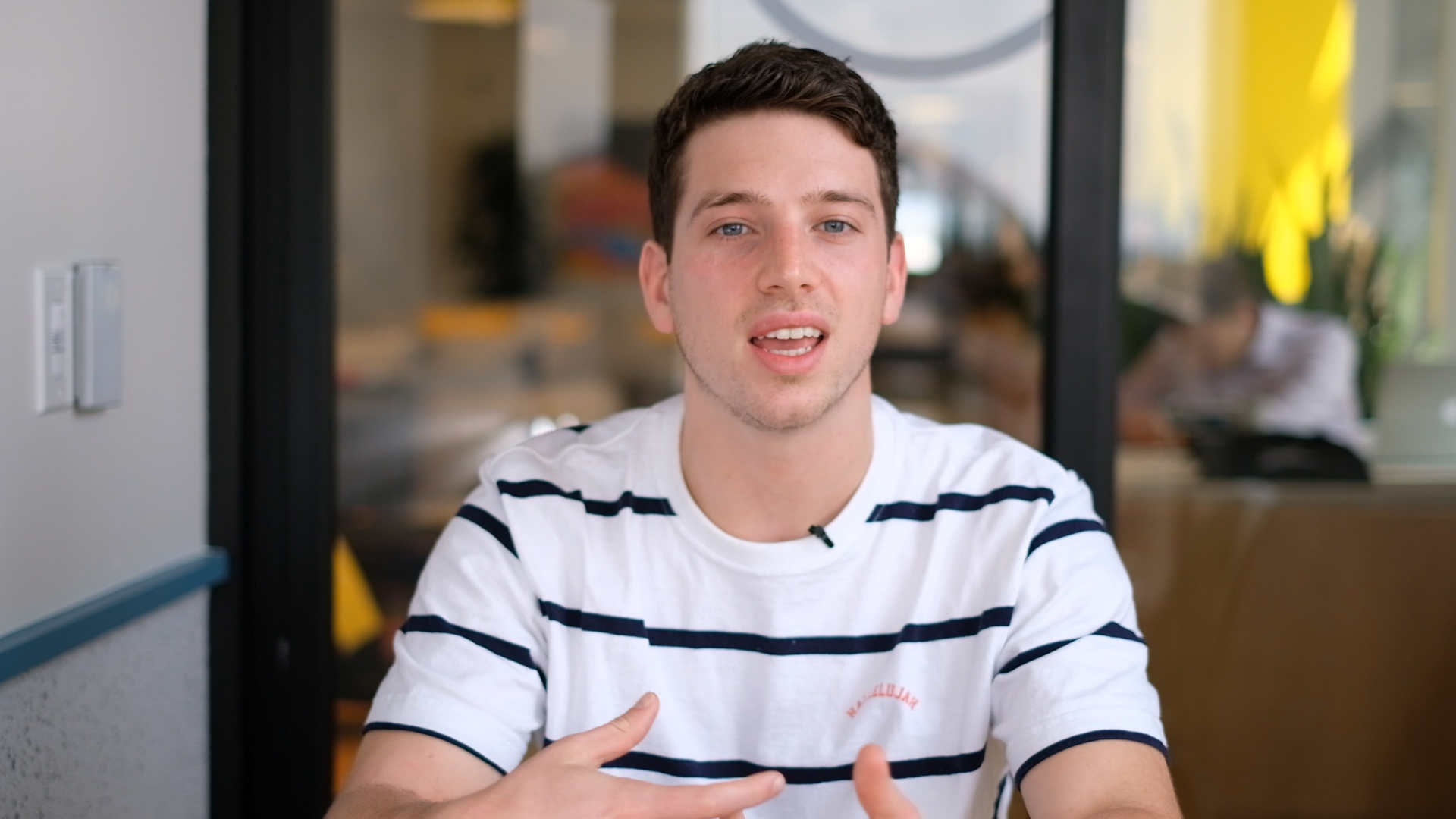 Finding joy in every project

There is nothing like sitting across from someone, looking at them in the whites of their eyes, and making them feel something, building rapport with them, and building a relationship up with them. Especially when we're talking about something that's so limbic, like brand. Where you're essentially like 'how does this thing make you feel', that can be a little hard to read over things like Google Hangouts sometimes.

If it's viable, that first contact is always done in person. You can put a face to a name, and just literally be in the same room with someone to shake their hand, and actually have a bit of a conversation. Then I find if you've had that, you've built that trust, when you move towards video world and zoom world, and all of that stuff, the trust is already there, you can build upon it, the rapport becomes a little bit less formal, a little bit less email, it's a little bit more day-to-day, and emoji, and that kind of thing, where it feels a little bit more loose and relaxed.

I think that kind of thing helps build trust as well generally. Also, trying to offset video calls like this really structured, weird thing, and actually trying to bring a bit of human charm to it. Which is difficult, because the technology gets in the way sometimes.